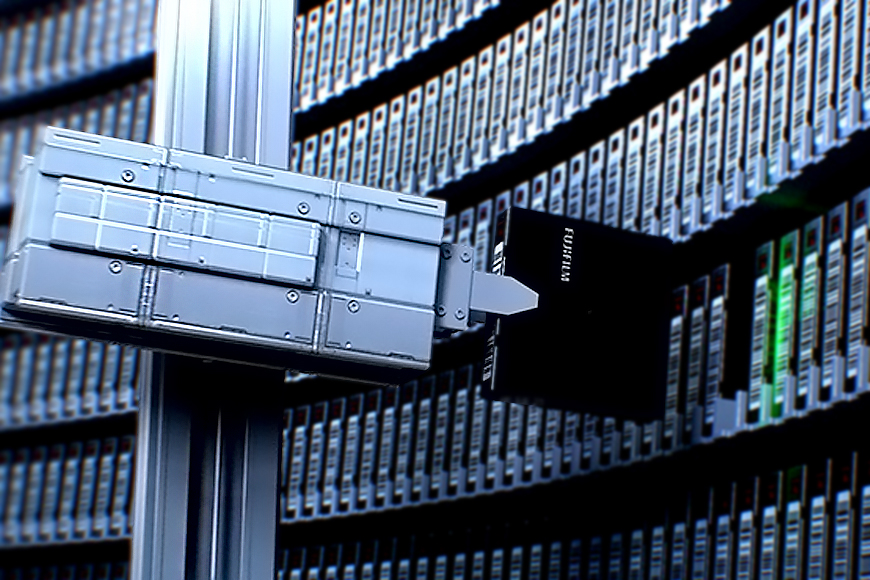 There are three types of format for magnetic tape systems: LTO, which is an open format, and the two independent formats each developed by IBM and Oracle.

IBM's 3592 TS series and Oracle's T10000 series tape drives developed. They have their own standards and feature large capacity, high transfer speeds, and high reliability, etc. Magnetic tape media is developed for each drive. It is not compatible with each other, but compatibility is maintained among several generations. In addition, when older generation tape media is formatted with newer generation tape drives, the recording capacity of the media is increased.

* The backward compatibility and reuse-formatted capacity vary depending on the product and generation. For details, please contact the manufacturer of each system.

LTO is a magnetic tape storage technology established jointly by Hewlett-Packard, IBM, and Quantum in 1997. Its open standard has been recognized for its compatibility and reliability and is now the most popular magnetic tape device worldwide.

The LTO-based products are compatible with the previous two generations. Compatibility is maintained even between the drives/media produced by different manufacturers.