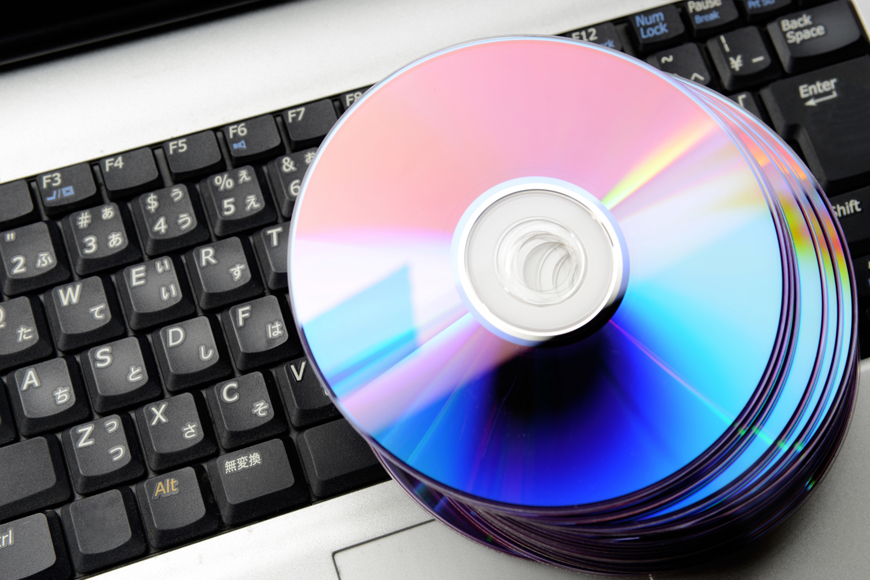 Optical disks are mainly used to record music and videos; however, for storing data, the Blu-ray disks designed to store data are less used than magnetic tape. Why is magnetic tape widespread?

The maximum capacity of currently available magnetic tape is 10 TB. Since the capacity of one optical disk is 300 GB, 34 disks are required to record data of 10 TB. Magnetic tape is superior in terms of acquisition cost and storage space.
The data transfer rates of both storage media are increased by recording and retrieving data at the same time using the multiple heads mounted on a drive. However, the transfer rate of optical disks may decrease by approximately half during recording.
To ensure that data is recorded without errors, it is necessary to retrieve the recorded data to check for errors. If there are any errors, the data must be recorded again. At this time, optical disks require a wait time, so the transfer rate during recording is halved. On the other hand, magnetic tape, whose retrieving and recording heads are arranged in series, can record data with no reduction in speed.

(Values are taken from drive manufacturersʼ catalogs, as of Sep. 2016)

General use of magnetic tapes and optical disks is common. A lot of cartridges or disks are contained in a library and the data is recorded/retrieved using multiple drives. Both media require no electric power to retain the data, which results in reduced power consumption. In comparison, magnetic tape drives consume less power per drive in operation and are more economical. The media cost is important when storing a high volume of data. Tapes, which have higher performance per unit, can provide the required performance with a lower number of media (and drives), and are thus superior in terms of cost. As a storage medium, magnetic tapes offer the lowest unit price per capacity (price for a unit capacity) at the present time.

(Values are taken from drive manufacturersʼ catalogs,
as of Sep. 2016)

The standards association for optical disks has presented a roadmap whereby the capacity of a next generation disk will be 500 GB per disk, and that it will reach 1 TB in future. However, no specific dates are mentioned. Blu-ray technology is already approaching its physical limits in terms of laser wavelength and the number of apertures for the objective lens, and it is difficult to further increase the areal recording density. Increasing the number of layers is also difficult to achieve due to limitations of light intensity and productivity issues.

On the other hand, magnetic tapes with a 1 TB capacity were already released in 2007, and their capacity has increased continuously. The Information Storage Industry Consortium (INSIC) presented a technology roadmap for magnetic tapes in December 2015 and set a target of an annual capacity increase of approximately 40% until 2025. To support this, the collaborative research group between Fujifilm and IBM announced a technology that enables the commercialization of magnetic tapes with a capacity equivalent to 220 TB per cartridge (123 Gbpsi) in April 2015.

To reduce the unit price per capacity, it is necessary to continue increasing the storage capacity. Accordingly, the future superiority of magnetic tapes is proven.

Generally, both magnetic tapes and optical disks are stored in a library or off site, and loaded onto a drive when required to record/retrieve data. Unlike an HDD, which is always mounted and connected to a system, delivery and loading of an optical disk requires time in the order of minutes. Although they are both rotating media, the data accessibility of an optical disk is similar to that of magnetic tape because the delivery time is dominant compared to the HDD, which can access data in the order of ten and several milliseconds.
Magnetic tape can transfer data at a very high speed once it has accessed the data. However, it takes time to access the data, in the order of minutes on average. To solve this problem, an HDD plus magnetic tape system and a layered system of flash memory plus magnetic tape are also being proposed. Such systems store the data that needs high accessibility on the HDD or flash memory, and the other vast amount of data on the magnetic tape. These are low-cost, practical systems that offer the advantages of both media.

Magnetic tape is an excellent long-term storage medium that can store data stably for over 30 years. LTO tape drives have backward compatibility of up to two generations, so it is still possible to get a drive that can retrieve data from media released 15 years ago.
Since the life of hardware is generally shorter than that of magnetic tapes and optical disks, the maintenance and update of the hardware is required to retain data for a long time.
To retain data for an extended period, we need the software not only to retrieve digital data but also to convert its bit sequences into the understandable information for human, and the standards for guaranteeing its performance in the future. Since such non-media-related issues exist, periodical data migration (every 5 to 10 years) is currently a common strategy for long-term storage.
Migration takes time and costs, but it enables the use of media and hardware with an improved transfer rate, storage capacity, and reliability due to advances in technologies, which will improve system performance. For example, the number of tape media required to build a 100 TB system is now one fourth of what it was five years ago.
The media storage space has also been reduced to one fourth.