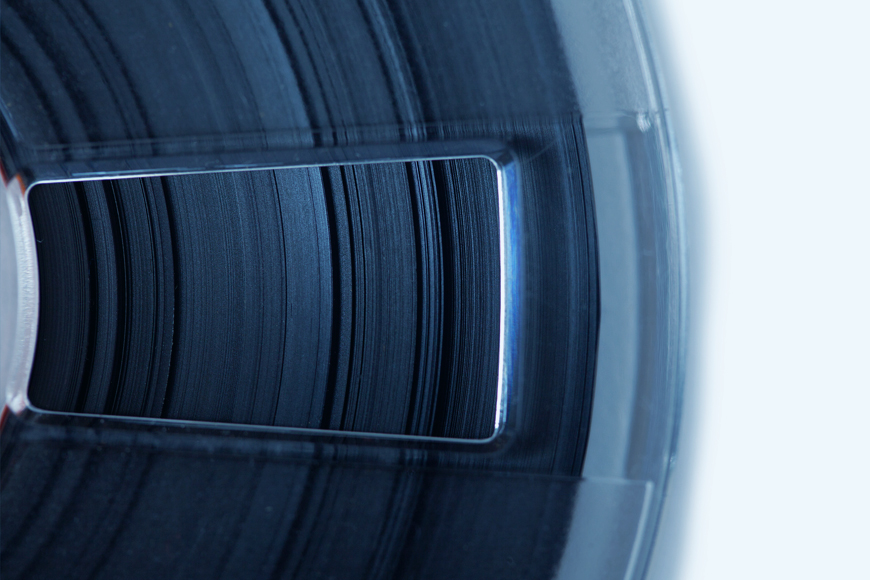 The figure on the right shows the structure of magnetic tape. Manufacturers have continuously innovated technologies to achieve a thinner magnetic tape, a smaller magnetic particle, and a higher capacity.

● Size of a magnetic particle 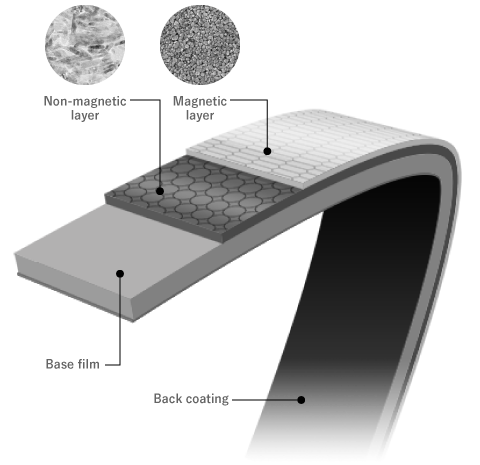 Capacity That Is Still Expanding

In 2015, tape media makers publicly demonstrated the magnetic tape technology that enables recording of 123 Gbpsi data on the barium ferrite（BaFe）applied tape (equivalent to 220 TB per cartridge) in anticipation of its mass production.